Home » Confessions of the Real Me 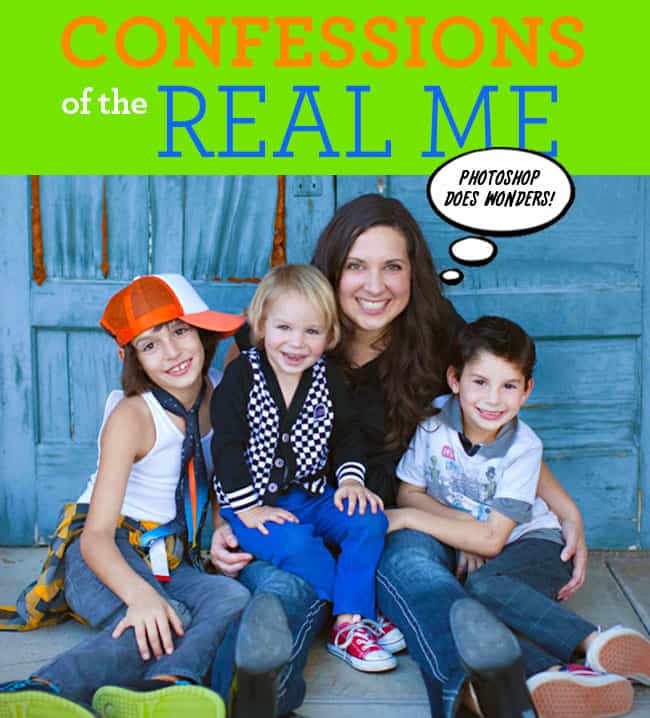 Confessions of the Real Me. just a series on my blog where i share the not so perfect bits and pieces of my life. because in reality…our lives are not always the perfect pictures that we share on social media channels. i know mine isn’t….but i’ll take it.

with my boys on swim team this year, and me contemplating on whether or not to put the littlest in swim lessons, i was just reminded of one of the most scary moments in my life. that ended up being one of my most humiliating experiences as a mom. i have lots of crazy stories of motherhood, as most moms do and this one is right up there with the ones I wish never happened.

a little over nine years ago, i had my oldest son in private swim lessons. he was four years old and my middle son was a newborn, just about three months old. my friend’s husband taught swim lessons at a private pool in a gated community. that particular afternoon, we were the only people at the pool. it was extremely hot. VERY HOT. like over 100º degrees.

after my son's lesson was over, the teacher walked us back to my car. with a new baby in tow, i had a lot of stuff. a car seat to carry, swim gear, PLUS the baby and my four year old. the swim teacher was was just being helpful by carrying some of my things to the car.

when we got there, i started the car engine to get the air conditioning going. it was SO HOT outside, as i mentioned before. my oldest son was sitting on the grass next to the car not to get his feet burnt while we were loading the car. i snapped the baby’s car seat into the car seat base and buckled him into it, the swim teacher and i chatted. the front passenger door was open, all my stuff including my purse and cell phone, were sitting on the front seat. i shut the baby’s door and walked around the front of the car to next load my older son into it.

i watched in slow motion as the swim teacher walked towards the front passenger door.

i tried to stop him, but it was too late. my heart sunk....especially when i remembered that my keys were still in the car. it wasn't the teachers fault. for some reason, my car, a Mitsubishi Montero Sport, would lock all the doors the minute they all were shut. and sure enough….BABY WAS LOCKED IN THE CAR!!!!!!

i literally freaked out!

i sort of panicked and screamed at the teacher to help me figure out what to do. i guess men are different than women when it comes to these matters (but i know this isn’t the case for all men), but his non-urgent suggestion of calling AAA was not the solution i was looking for AT ALL! he just didn’t understand that locking a child in a hot car was such an urgent matter. he said that since the A/C was on, the baby should be fine as AAA would be there in 30-45 minutes. but my car’s A/C didn’t get cool unless the car was moving!

Should I break the window? i contemplated.

i was in a swimsuit and barefoot. i had nothing to get the baby out. my mama bear instincts kicked in, and i made the teacher give me his cell phone so that i could call the police. the swim teacher still thought AAA was a better choice, and since i took his phone, he drove home to find the number. he lived at least 2 miles away!

So I called the police. BUT….

smart phones were still not invented....

i knew the main cross streets, but that was it! WHERE THE HECK WAS I??!!!

talking on the phone with the police, they directed my call to the fire station that they thought was closest to me. a fire truck was dispatched to come, and i was talking to a fire fighter as they drove to rescue my baby from the heat of the car. we frantically tried to figure out how to get the firemen to where i was.

it was getting hotter.

i carefully watched my baby in the car, he looked fine, but since the car was on, i could see the digital temperature display on the dashboard and the numbers said 102º!

again, the fireman asked me over and over where they could find us. i looked everywhere for a street sign or address number. ANYTHING to let me know where I was.

i began to get flustered. i couldn't figure out where i was, i started crying and the urgency of getting my baby out started to panic me. the fireman told me to leave the baby and walk down the street to the nearest house and ask someone to tell me the street names.

I didn’t want to leave him.

crying, i grabbed my older son and started walking. the nearest street with houses was two blocks away. i was so scared, but the fireman kept assuring me that it would be okay.

then, when i thought things were just getting worse, the fireman announced that they had found the entrance to the gated community. they were accessing the gate code to get in! What a relief. i heard the sound of the big fire truck rumble up the street. i turned around and ran back to the car and was met with a crew of firemen with crowbars. a rush of relief come over me. i looked inside and baby was still alert in his seat.

“Mam, is it okay if we use this to open you car? it may ruin the doorframe.” asked one of the firemen.

in a quick swoop, the firemen shoved the crowbar thingy into the door and the locks popped open. in what seemed like hours but was only minutes, i was able to open the door and get my baby out.

i pulled baby out of his carseat. HE WAS FINE. a little sweaty, but nothing wrong with him at all. the firemen took him from me to check his vitals. i stood up from the car seat and looked around. there were at least ten firemen standing around me. looking pretty cute i must say. i guess i have a thing for firemen!

with everyone safe, the panic left me and i was finally calm. the firemen were so nice and reassuring. they told me that this happens quite often. (i guess i wasn't the worse mom after all.) but i did feel super embarrassed.

then I heard someone say my name….

i looked around. i was hot, sweaty, barefoot in only a swimsuit and towel, i looked awful. probably worse then when i wake up in the morning. who just said my name???

and then i saw him.

you know that guy that everyone had a crush on all throughout elementary and high school? the hot, cute guy, who all the girls were in love with???? THAT GUY!

THE HOT GUY FROM HIGHSCHOOL WAS ONE OF THE FIREMEN WHO SAVED MY BABY FROM THE HOT CAR.

not only did i look awful with no makeup, crazy hair and barely any clothes, i was a blubbery mess with tears and snot smeared all over my face, my car had Subway sandwich wrappers all over the place and needed a wash badly.

i have no idea. i can only assume.

but, he DID have the biggest smile on his face....still cute like in high school. sigh. we small chatted as all of the firemen loaded up the truck to go back to the station. i thanked all of the firemen for saving my baby...including the cute guy from high school...now turned HOT fireman, and they drove away.

that wasn't embarrassing at all.

(and i sure hope he never reads this.)

P.S. i still think my husband is hotter.

wanna read more Confessions of the Real Me?
Picture Perfect Mom?  |  Free PrintableThe Day I Got Stuck in a Museum Exhibit
The Best Meal I’ve Had All Year
Crazy Hair Day
The Hottest Week of the Year
The Time We Almost Lost Our Home to the Freeway Complex Fire
The Time I Kidnapped Someone's Child
I locked My Baby in a Hot Car