This is part of a paid Hasbro series for Socialstars™ 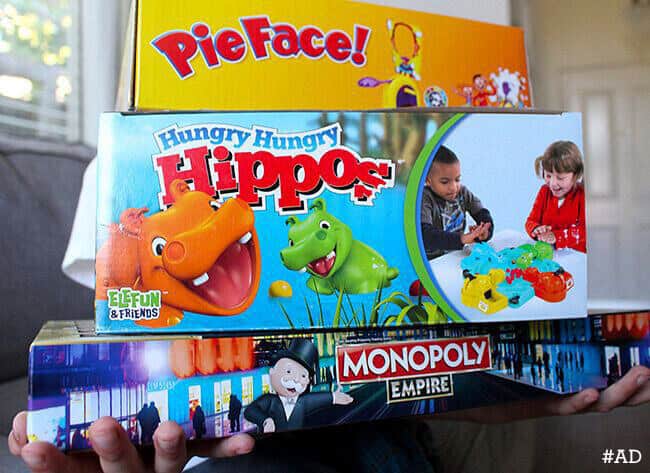 we've had so much fun playing and sharing about some of our favorite Hasbro games, that we thought it would be fun to share the idea of having a family game competition between all three games we shared with you – the Hungry Hungry Hippos game, Monopoly Empire game and Pie Face game. of course, playing all three of these games multiple times is going to take an entire evening...but there's absolutely nothing wrong with that! Just order a pizza or make a fun dinner, and have lots of snacks and treats on hand. Make sure everyone has their game faces on, because once the games get started...there's no telling when it's going end. you tend to lose track of time when you are having a fun family game night!

to make the family game competition legit, I created this fun printable Game Night Score Card to keep score. this is just a fun way to keep track of who wins each round. this way you can have winners. either one winner for each game, or a winner for all the games in total. or both! And then for the prizes, some simple treats...but make everyone share, because it is just supposed to be fun and games. 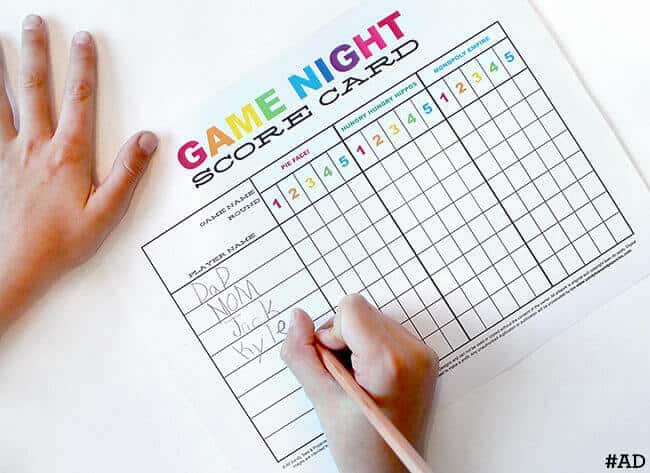 what I love most about these games is that each is good for a different age range, and each family member is going to have their favorite. my youngest, Vann, LOVES the Hungry Hungry Hippos game...I too love this game. This one is quick, so playing it five times in a row will not take very much time. you might even want to play it more. 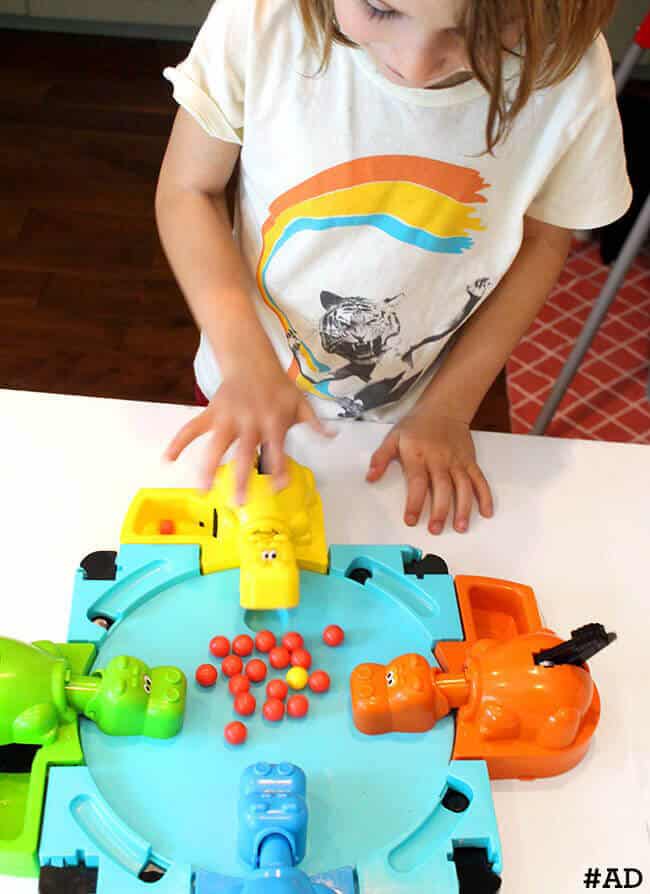 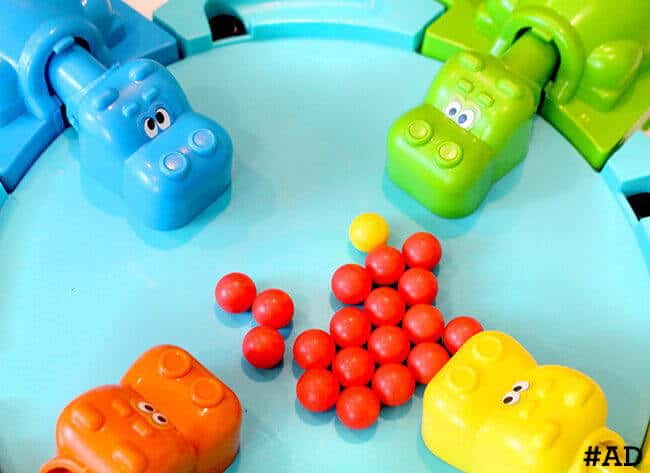 next you've gotta play the Pie Face game. My middle son, Kyle, loves this one...actually, everyone loves it. 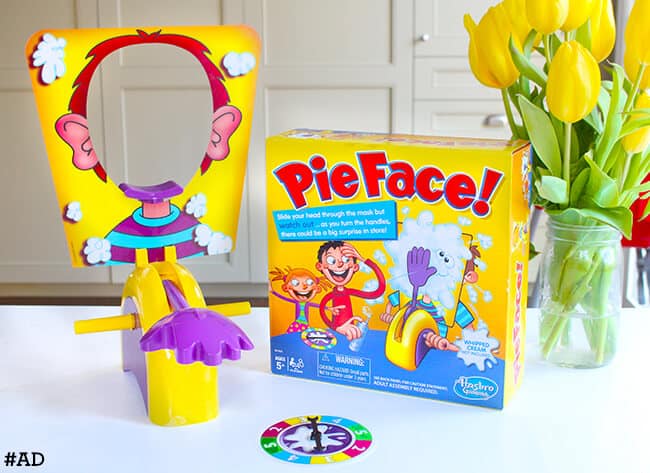 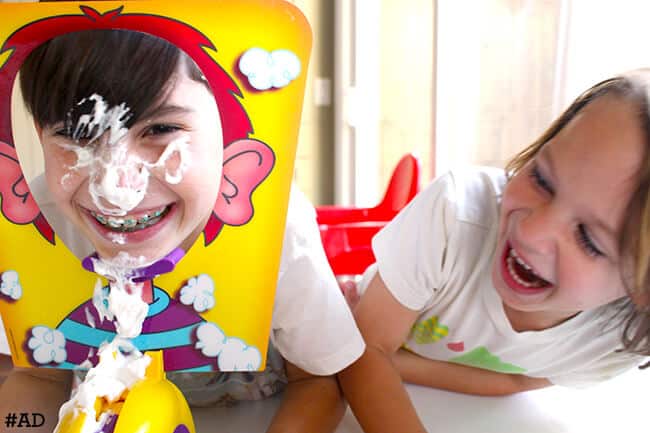 after you are done playing the Pie Face game, it's time to play the Monopoly Empire game. this is my favorite game. i’ve always liked playing the classic Monopoly game since I was a kid, but sometimes the original version takes a long time to play. but, the Monopoly Empire game can be played pretty fast, and it's especially cool for the kiddies because they recognize the current brands. it also has some new tricks, with cards that allow you to switch game pieces and block people. and you still get to deal with money! 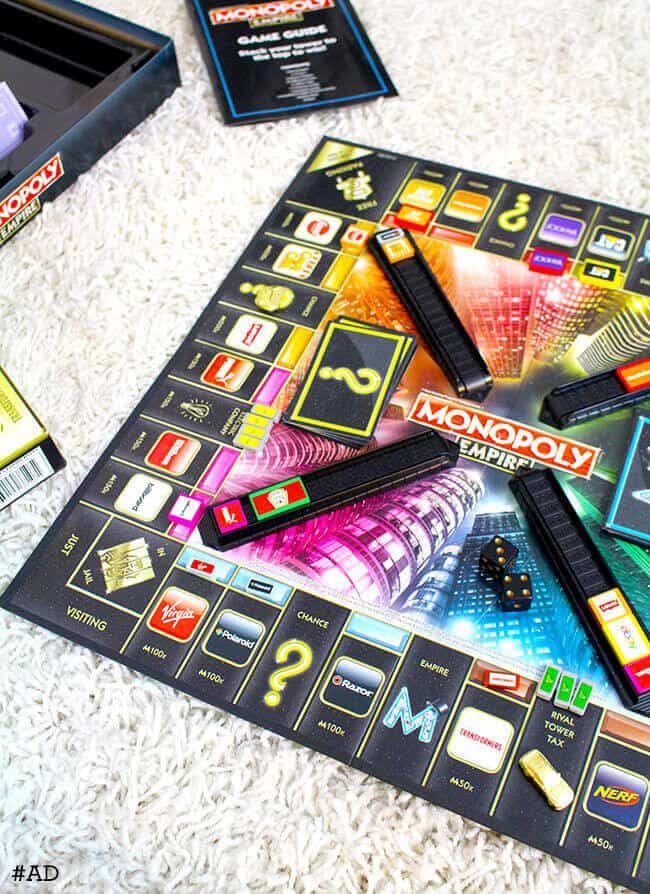 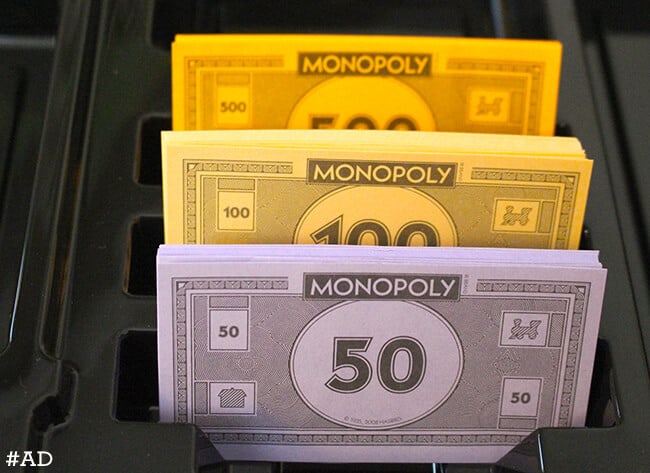 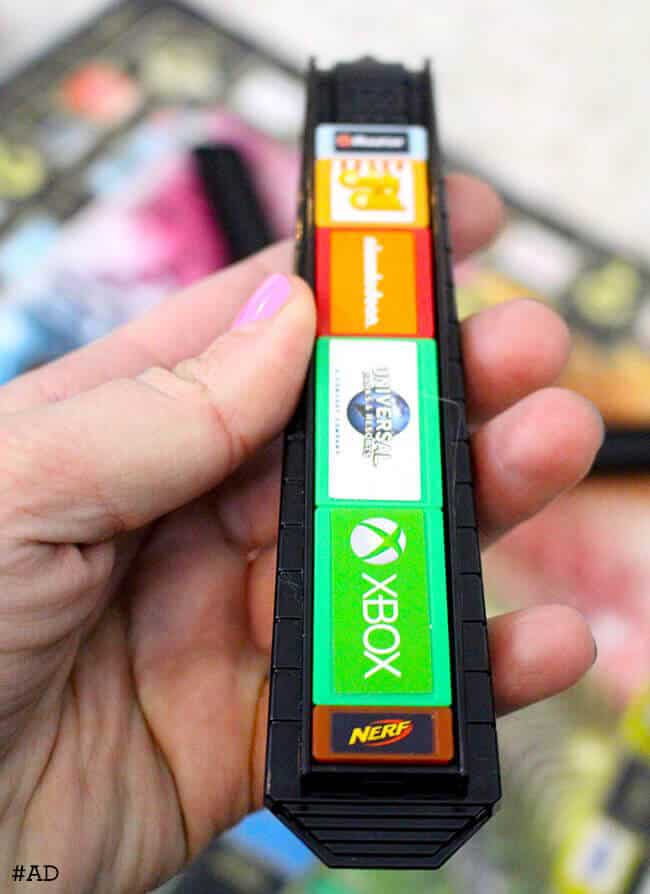 the boys and i have loved getting back into games and also finding more favorites. we have been having a lot more game nights, which has been great bonding times for our family. summertime is coming up, so i see many game nights in our future...plus with the neighbors! how fun would a game night be with friends.... maybe a family against family competition!!!! yes. that would be "AWESOME" says the kids.

click here for you FREE printable Game Night Score Card. i've also included a version without the games written in the spaces, just in case you have other family favorites. enjoy! 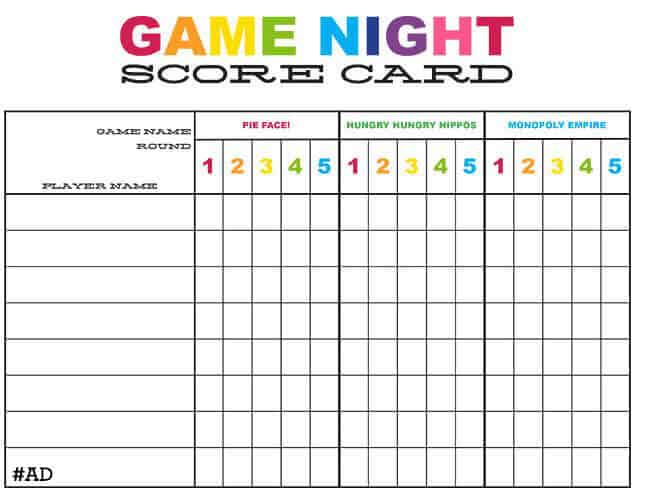