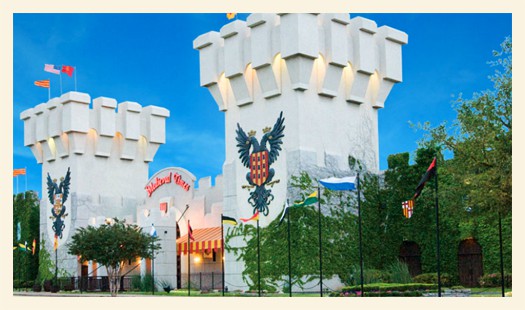 have you ever been to Medieval Times Dinner & Tournament? if you haven't been in a while, you should really go and check out their new show that just launched this year.
Medieval Times in Buena Park just happens to be one of my kiddies FAVORITE places to go. we took them earlier this year and they were taken back. they LOVED the show.
as soon as we walked into the castle we felt like we were living in the medieval days. all the castle workers and knights spoke in medieval dialect and were dressed up in medieval attire. and we got to take our picture with the princess of the kingdom. 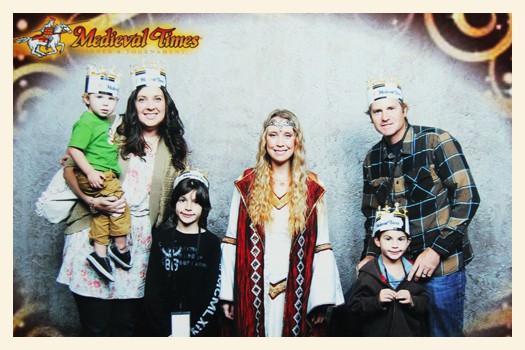 then we were seated in different color sections that represented each knight and were introduced to our server who would bring us our food and help us during the show.see how excited i am for the tournament to begin...ha! 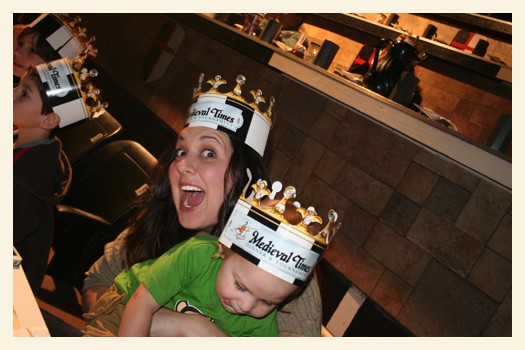 when the show began....the awesomeness continued.all the knights and horses marched in. the music. the lights. the horses. all was breathtaking. 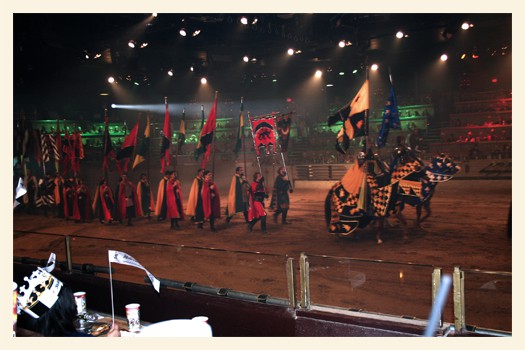 our knight was the Black & White Knight. 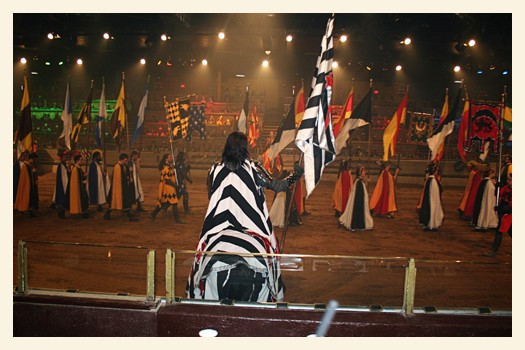 and we all got our own place settings and a flag to cheer our knight on.then the 4-course dinner began! 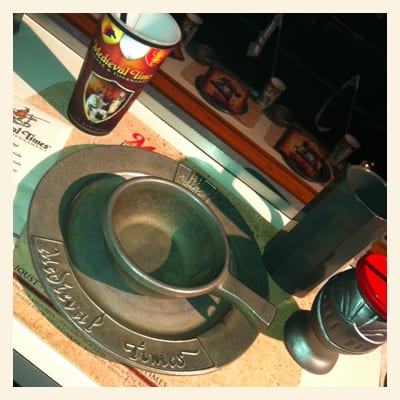 I didn't think the food at Medieval Times was going to be very good.  but i was soooooo wrong.....IT WAS GREAT! so much better than i was expecting, and i don't know if it was because the kids were so into the show or because there was so much food, but the kids ate their meals so well.
Our bill of fair included: tomato bisque, focaccia bread with olive oil and seasoning, oven-roasted chicken, BBQ spare rib, herb-basted potato quarters and a braided apple strudel. you also receive a large beverage w/refill and coffee if you want. 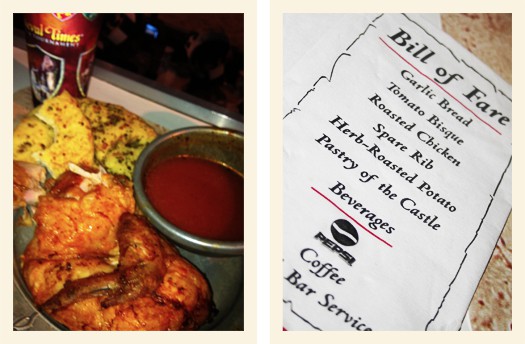 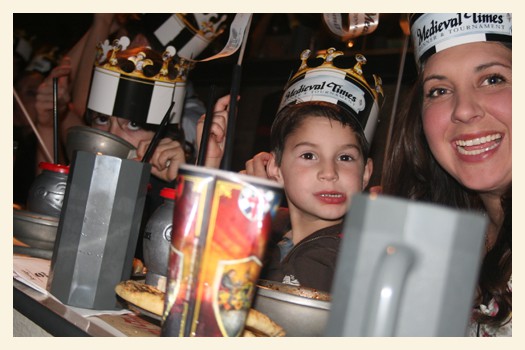 The beautiful horses showed us tricks..... 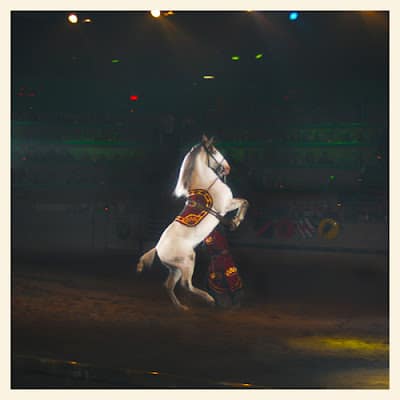 all the knights marched around the rink to music..... 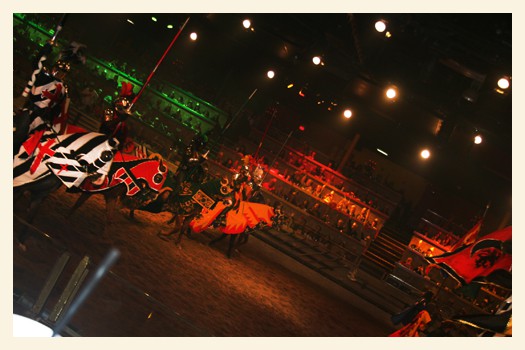 we watched the knights joust and do amazing stunts..... 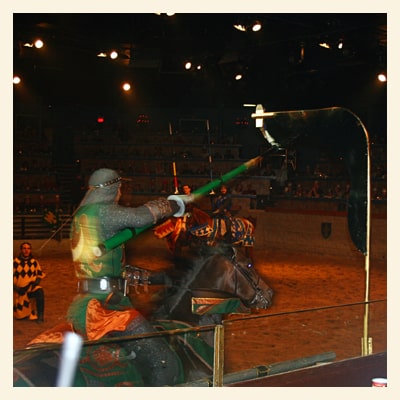 then things got dangerous (for pretend) and the safety net dropped down to keep the audience "safe."  that's when the weapons came out and the sword fighting began. 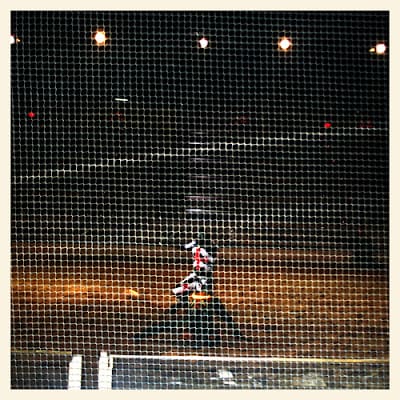 at the end of the show, only one Knight prevails....(unfortunately ours was the first one out!) 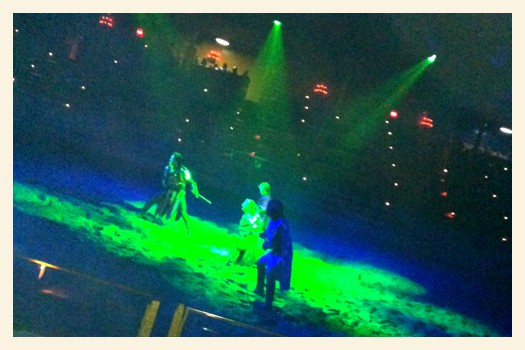 and someone else was all tuckered out as well.

after the show...my boys were utterly in awe, they absolutely loved the show.
we even got to take pictures with all of the knights. it was the Black & White Knight who we cheered on during the show, so we had to get a picture with him. 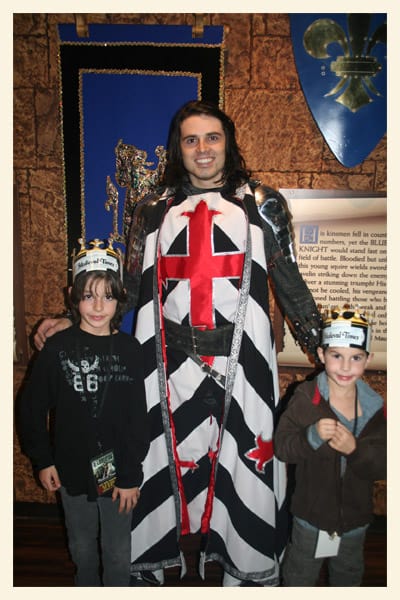