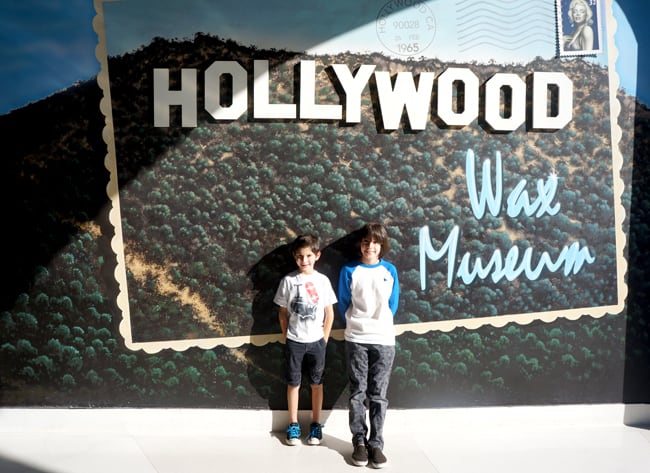 last month i posted ideas for a fun a family day trip to Hollywood. we actually ended up taking that trip a few weeks ago and had an amazing time. i will share about the entire trip soon, but for now, i want to share about the part where we went to the Hollywood Wax Museum. 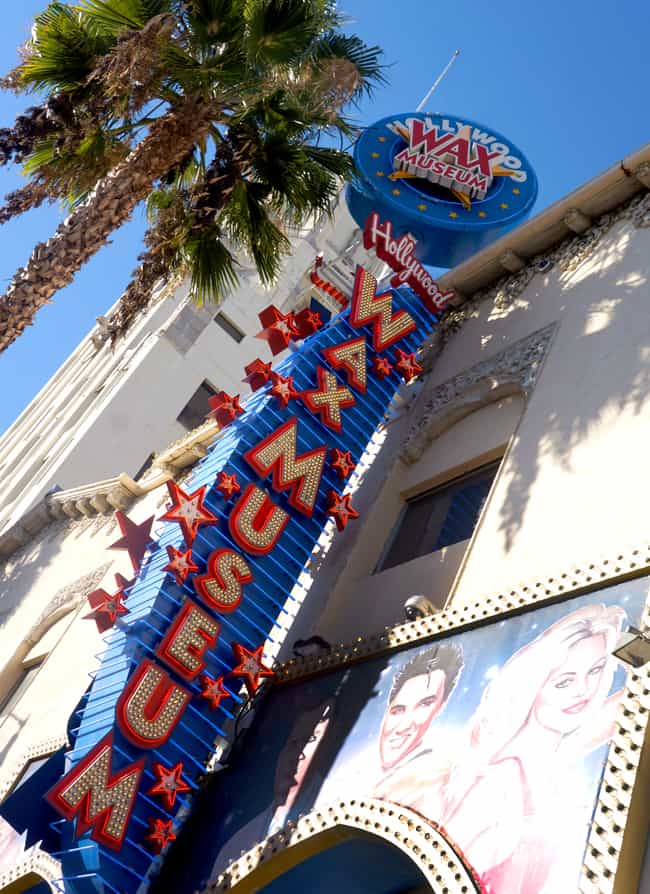 we started our museum tour with a photo next to the Hollywood sign, and then we headed into the museum to check out the wax sculptures. we didn't know what to expect. 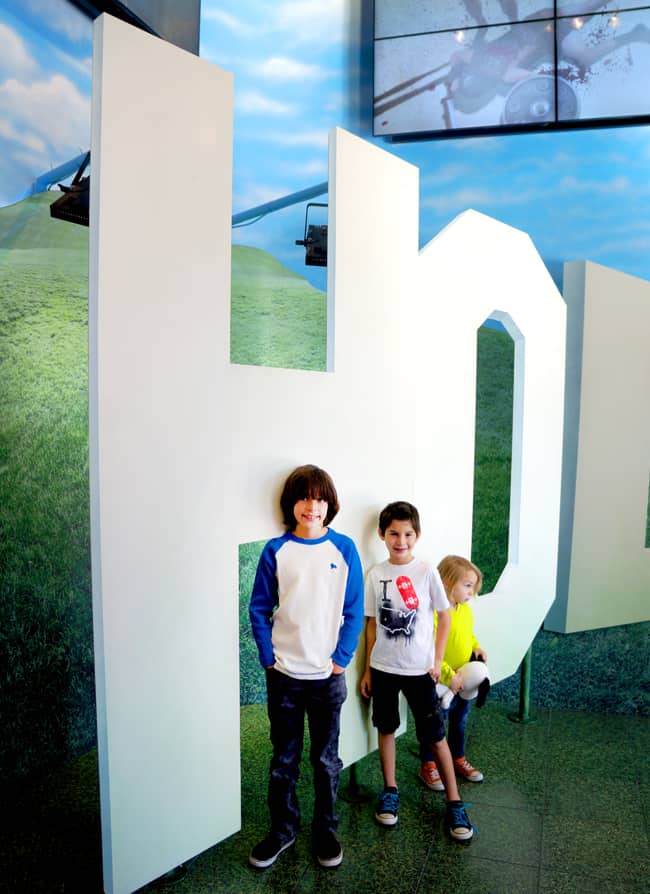 once inside, we got to see all the famous celebrity stars. the boys didn't know a lot of them, but they we in awe at how realistic they were. here they are with Brad Pitt, Angelina Jolie and . 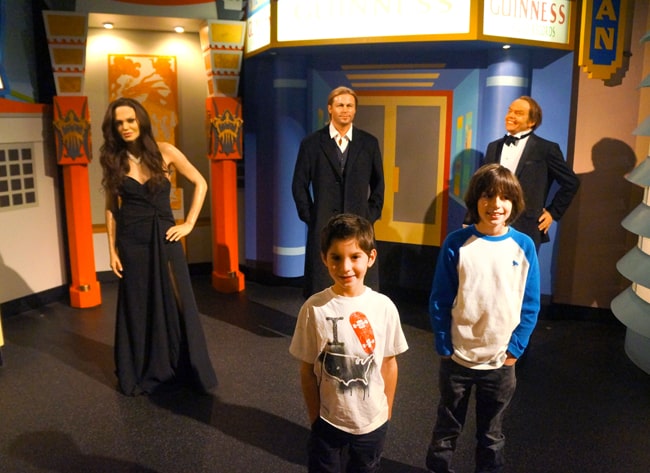 we also saw musical artists like Michael Jackson. i tried to get the boys to dance with him…but i had no such luck. 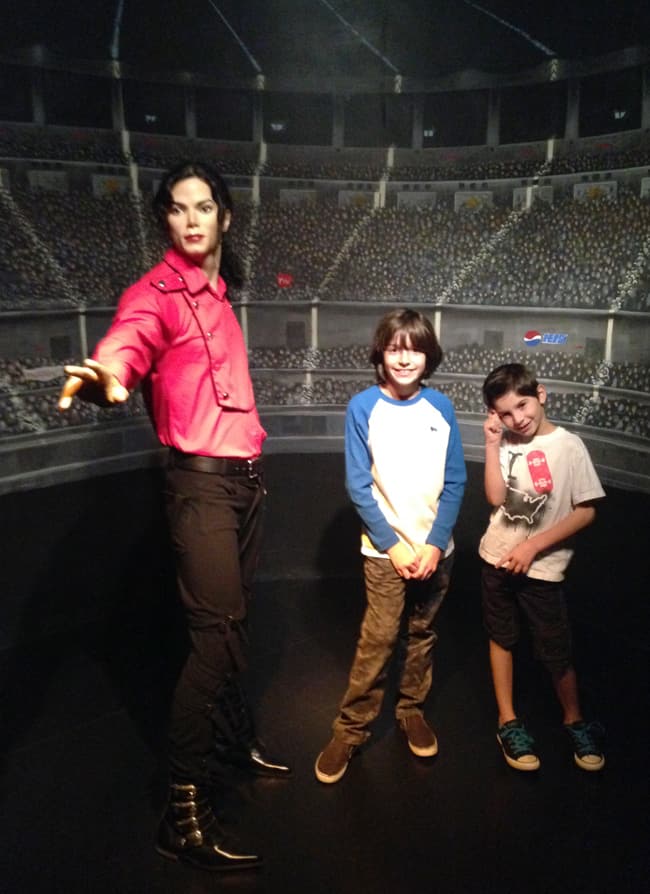 and i even found out that i'm much taller than Tom Cruise. 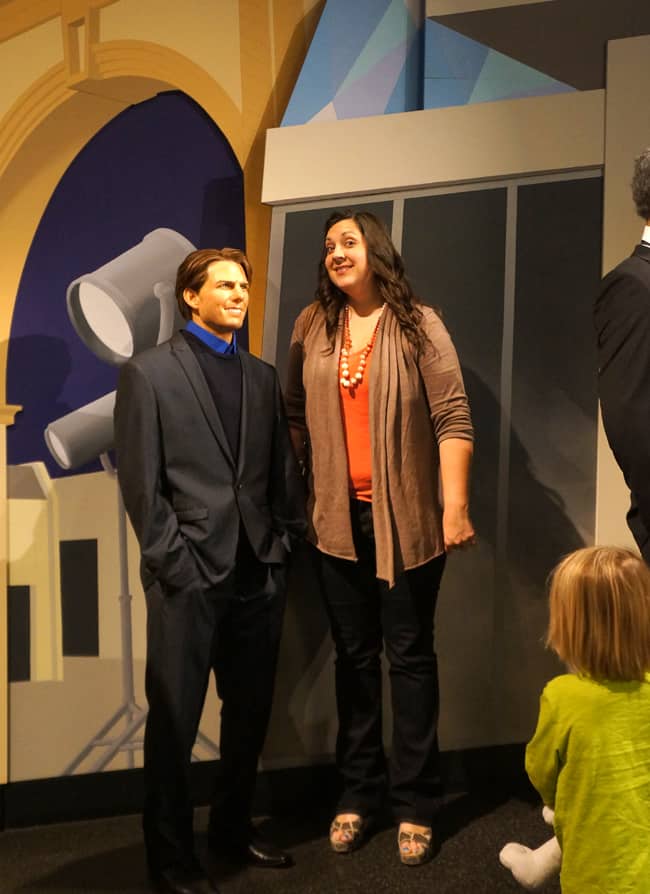 we had fun taking pictures with the President of the United States, Barak Obama. however, my boys weren't really dressed for the occasion. 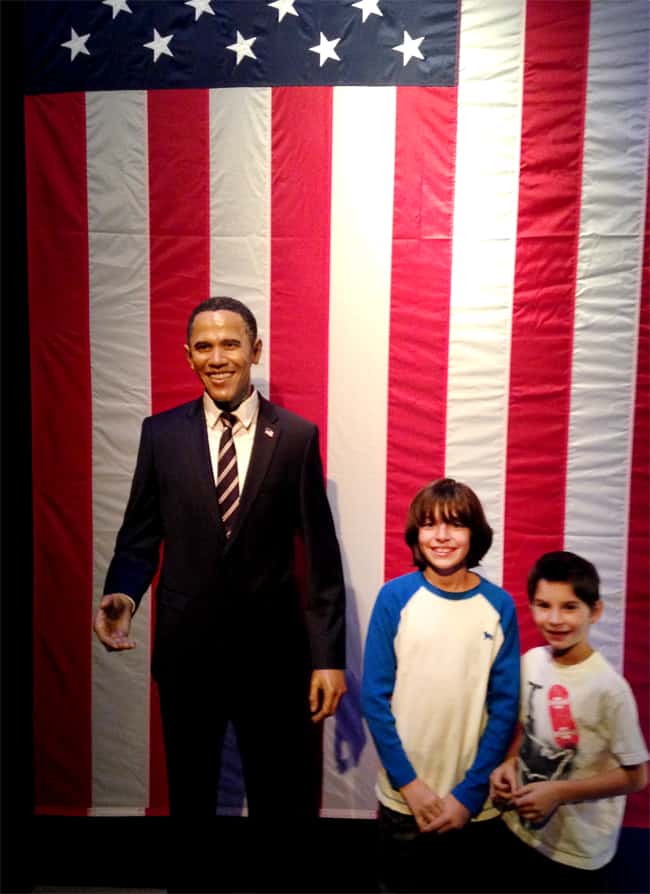 the wax figurines that my boys were most excited about were Harrison Ford in his role as Indiana Jones. he was even posed with a jeep from the movie. 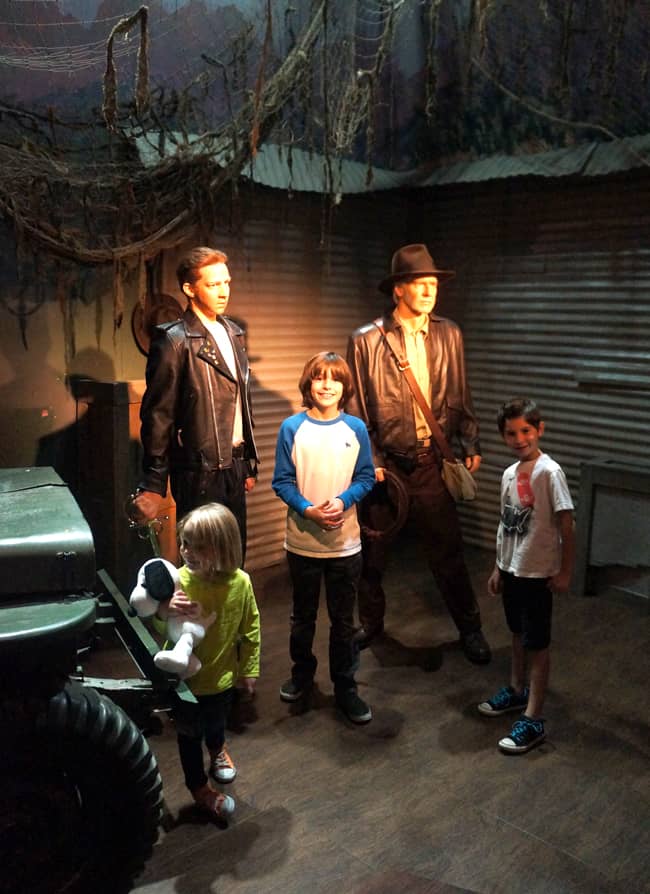 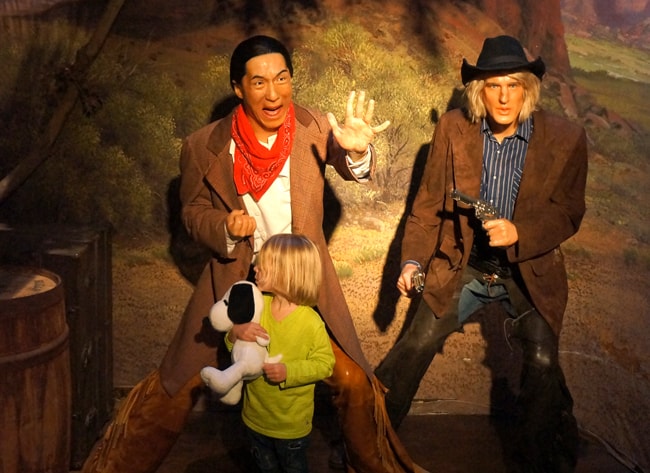 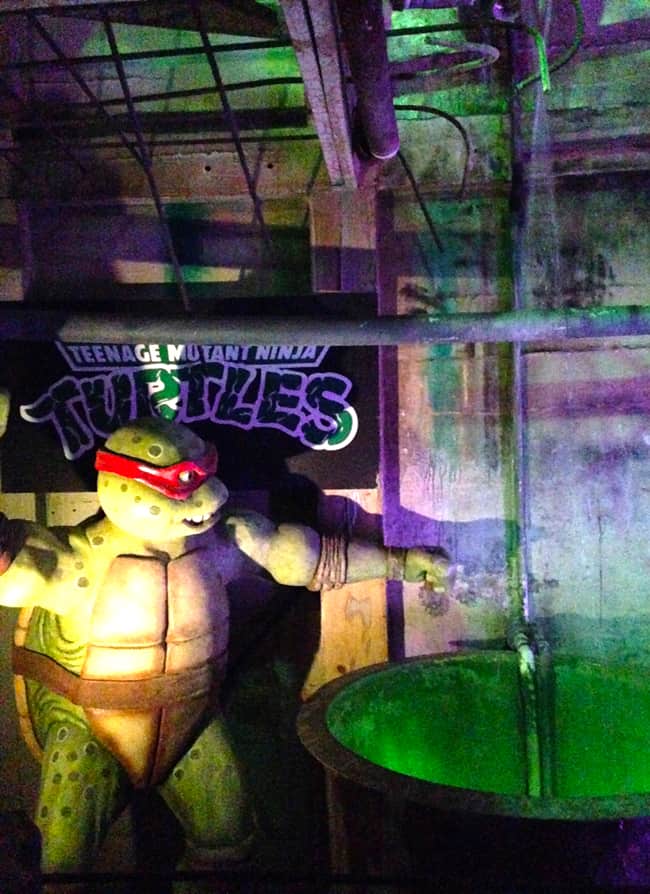 Jack Black from Nacho Libre and Sylvester Stallone (who they didn't know) from Rocky. 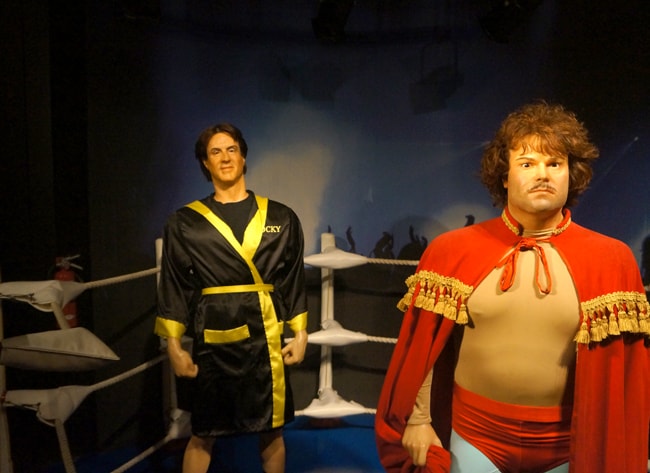 and Steve Irwin the Crocodile Hunter. 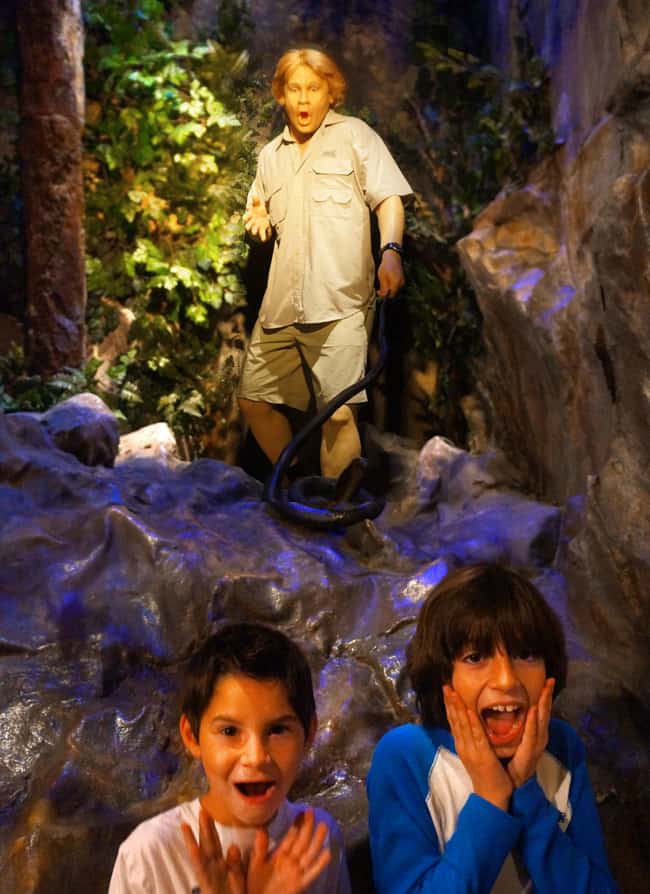 my favorites had to be Tom Hanks from Forrest Gump in his chocolate box scene…. 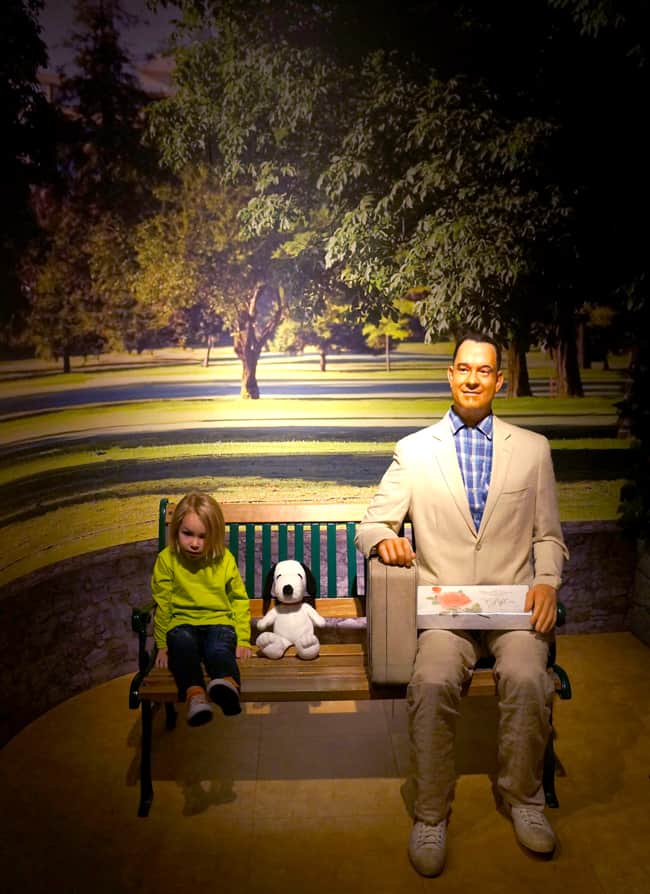 and Leonardo DiCaprio in the Titanic Boat Scene. 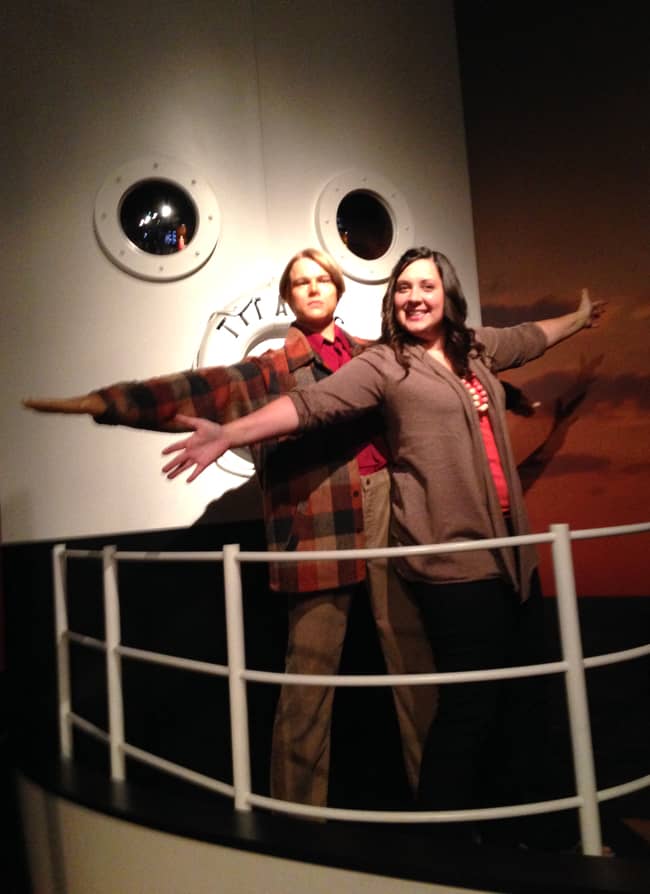 there were of course many other wax figurines and great scenes from movies and famous happenings. and although the boys didn't know who many of them were, there were still many that they did…and they really enjoyed the entire exhibit. so did i!  thanks for letting me share a little part of our trip to Hollywood….it was a fun day.