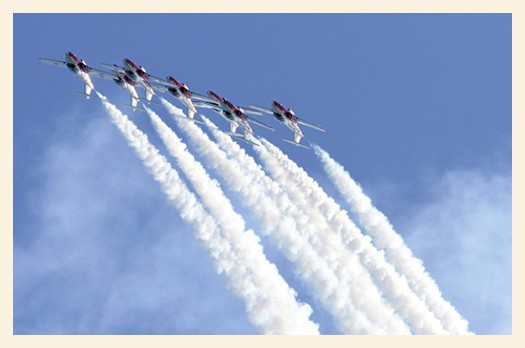 this weekend is the Mira Mar Air Show! this annual air show is highly anticipated by southern residents every year, and is held at the Marine Corps Air Station Miramar in San Diego. the 3-day event is one of the largest and favorite military air shows in the nation. it includes one of the largest selection of non-flying aircraft displays, representing aircrafts from the United States Marine Corps, Navy, Army and Air Force arsenals, as well as civilian and historic military aircrafts.

this years show will have a daily performance schedule that includes military and civilian aircrafts, and will be highlighted by the U.S. Navy Flight Demonstration Squadron, the Blue Angels, the F-22 Raptor and Robosaurus.  the show will take place each day friday-sunday, with an extra "twilight show" on saturday night only. the Saturday "twilight" show includes military and civilian performers, a fireworks display and the detonation of the "Great Wall of Fire" pryotechnic display