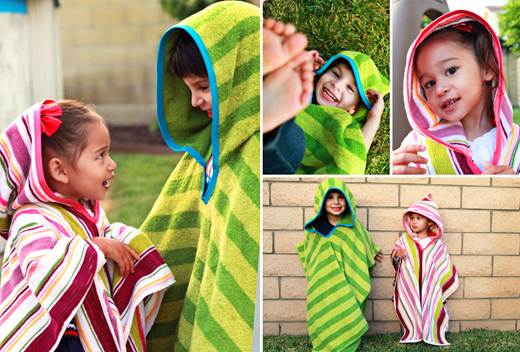 so, i posted a while back the "towel thingy" (aka hooded towel, or towel ponch0) i made. and i promised a tutorial....finally here it is. sorry for the delay. it's so great that i am posting this at the END of summer, isn't it! i am sooooo behind. anyways.....here it is:

now, i made this pattern up, so if you have any questions, let me know. i will leave my measurements that fit my son who is a size 4T. you can adjust it to fit your child by trying on the hood at each step.

step 2
• cut hand towel. i cut mine to 22" by 27." use the hand towel's finished side as one of the sides. that will be the front edge of the hood. (I have been emailed a couple of times about hand towels not being big enough to cut to 22" by 27". it is okay if they are a little smaller. i made some smaller too. just make sure that the hood fits your child before you sew it to the towel.)
• plus, cut a 4 inch piece of bias tape and fold in half.

step 3
• fold your cut hand towel in half, right sides together. place folded piece of bias tape inside next to the top of fold on the raw edge side (see picture), and pin along raw edge.
• sew pinned side of towel together using ⅝" seam allowance. (see red dotted line). 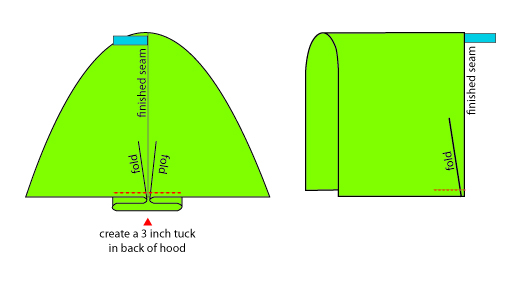 • measure hood on your child to make sure it is a good fit. you want to make sure that it is not to deep that it falls over your child eyes, but no too shallow that it slides off. and that the sides have are a couple inches below the top of their shoulders so that when sewn, the bath towel will rest on their shoulder's. (hope that makes sense???) 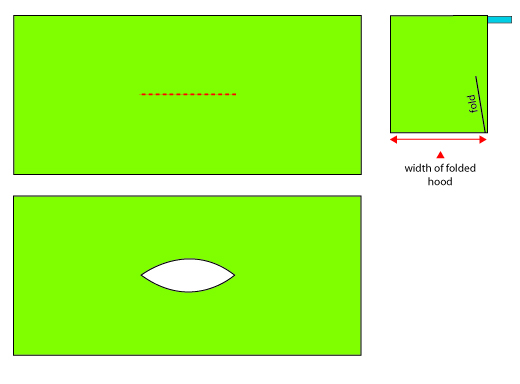 step 7
• turn your towel right side out. try it on your child's. it probably won't go over their head. cut the front slit on bath towel longer, until your towel can easily go on and off your child's head. 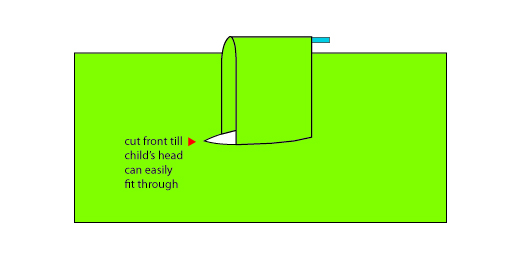 step 8
• to finish off the towel, sew bias tape around opening of the hood. use a zig zag stitch if you'd like. 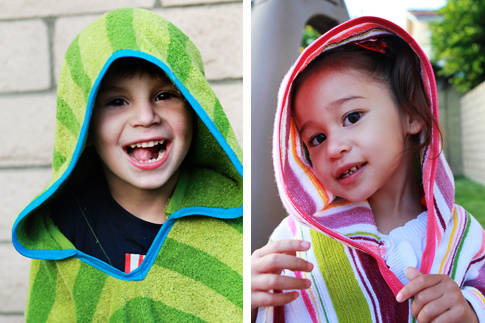 i have to say, that this has been such a nice thing to have this summer. it never falls off, soooooo much better than the other hooded towels that just wrap around you. i am so glad that i finally made it.

p.s. please let me know if any of my instructions are unclear. i made up this pattern, an am not an expert on creating a tutorial!