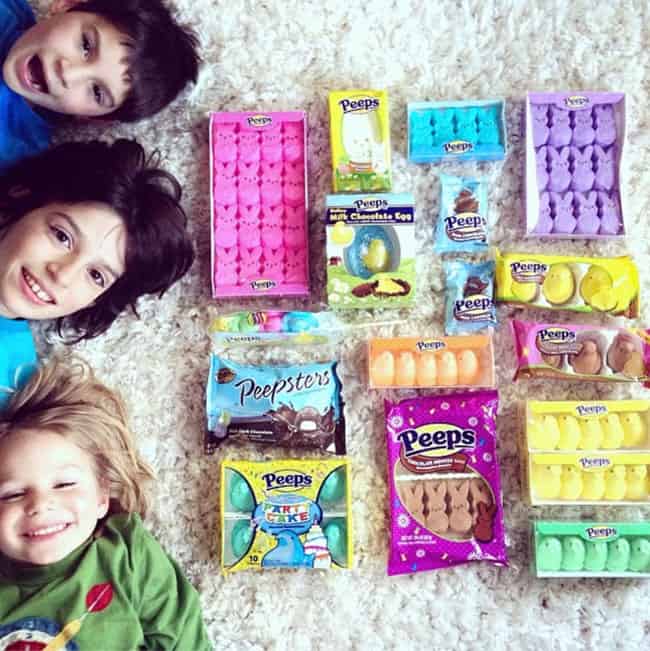 when we received a big box in the mail this weekend labeled "PEEPS" on the outside, my kids were over the moon. we figured it was full of the traditional colorful chicky and bunny PEEPS that we always see during Easter time. we had no idea that we would find 15 different unique varieties of PEEPS. the boys went to town checking out all the different varieties and claiming which ones they had dibs on. luckily, i claimed them all, so the boys didn't have to fight over them *wink*. the brightly colored PEEPS brought a rainbow of smiles into our home. they were just what we needed to get in the mood for spring.

since i had no idea that there were so many varieties of PEEPS,  i decided to check out the PEEPS website, and found there are even more varieties than the Easter and Spring ones we received. there were PEEPS for every season.  i also saw that on their website they have a whole gallery of PEEPS crafts and projects submitted by people all over the world. there are some great ones on there, and anyone is allowed to submit their own to be featured.

just for fun, i wanted to share some of the Easter PEEPS that i think would be fun for the kiddies Easter baskets or for a fun spring treat. check them out below!