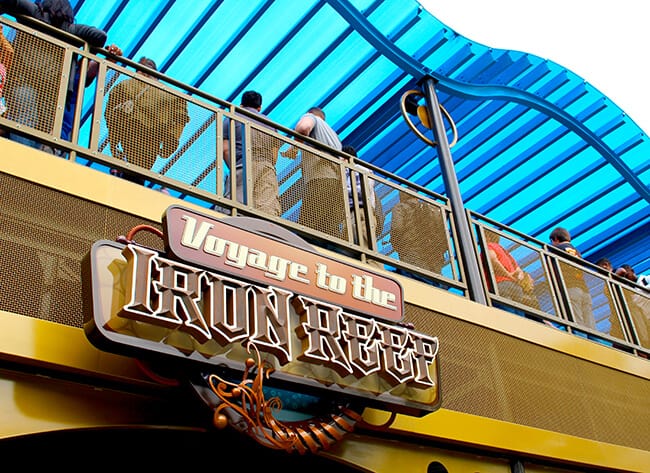 i have some exciting news about Knott’s Berry Farm! this past friday, Knott's opened a new interactive 4-D attraction called, Voyage to the Iron Reef. my boys and i have been anxiously awaiting the opening of this new ride, and we were very excited to finally get to ride it. 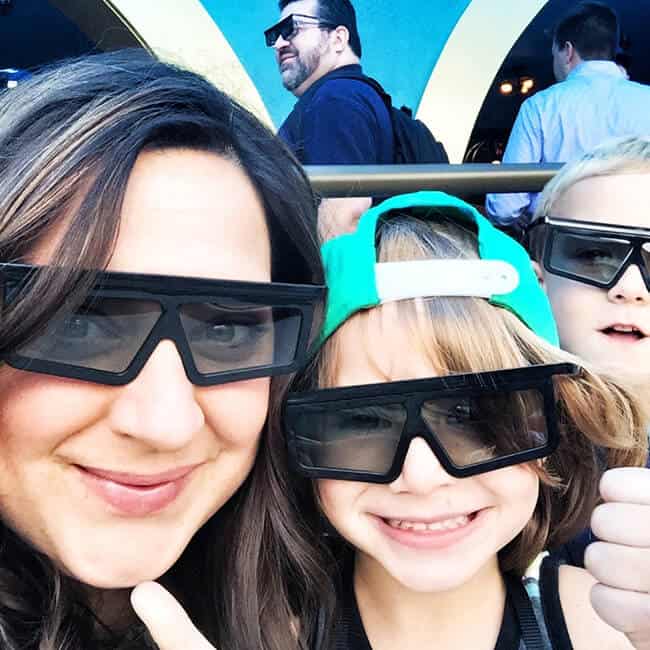 Voyage to the Iron Reef is a totally new experience unlike any other ride at Knott’s. this ride takes guests on an adventure aboard submarine-inspired vehicles through enchanting underwater forests, disorienting ocean current tunnels, mysterious mechanical wreckage and high definition 3-D animation. the boys especially loved the story behind the exciting action packed adventure we took beneath the Knott’s Boardwalk. and you get to wear 3D glasses, so everything jumps out at you! 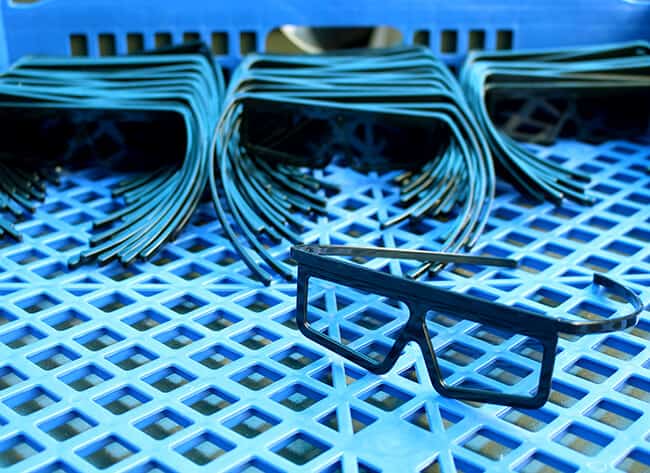 Voyage to the Iron Reef is located to the left of Johnny Rockets where The Kingdom of the Dinosaurs once was. you might even remember that before The Kingdom of the Dinosaurs, this area was originally the site of the wacky and whimsical Knott’s Bear-y Tales ride (the ride I most loved at Knott’s when I was a little kid). and finishes off the expansion of the Boardwalk Pier and new ride additions, Coast Rider and Surfside Gliders. all the construction has reawakened a mystic lair in the depths below the Boardwalk seas that is filled with creatures who plan to rise up and wreak havoc on Knott’s Berry Farm. while riding Voyage to the Iron Reef we where given the task of saving Knott’s from the mysterious creatures emerging from the Boardwalk seas in a cutting edge media-based battle. 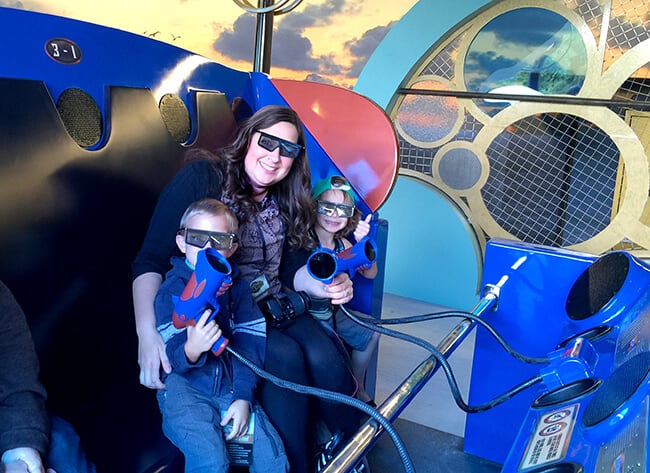 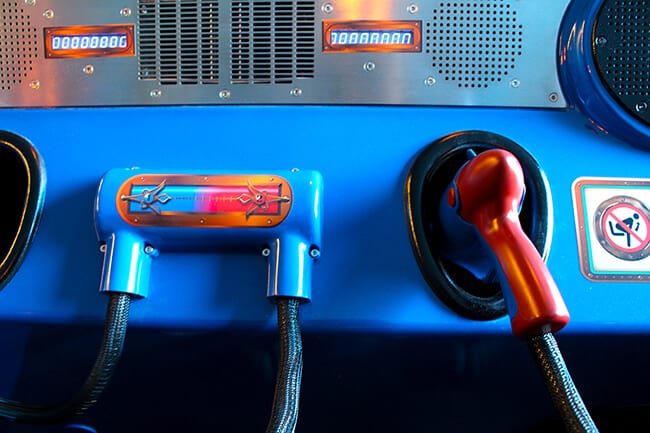 we loved that this new ride combines the fun of a theme park ride with the interactivity of a high-tech video game, where riders will feel like they have virtually entered an action packed 3-D game. submarines will navigate them on a four-minute adventure through 11 colossal scenes featuring hundreds of sea creatures and other special effects. 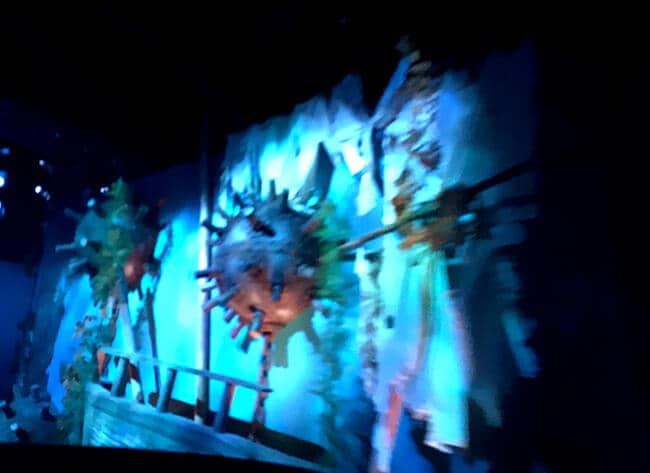 according to my boys, the best part of the ride was using the freeze rays to aim and blast at ballooning puffer fish, iron clad octopus, and other exciting 3-D creatures. it was a competition between brothers to blast the most sea life and save Knott’s from a watery doom. the exciting thing about this new interactive ride is that it will feature a different experience every time you ride as it reacts to the actions of those onboard. so that means we will need to ride it over and over again to experience all the different effects. 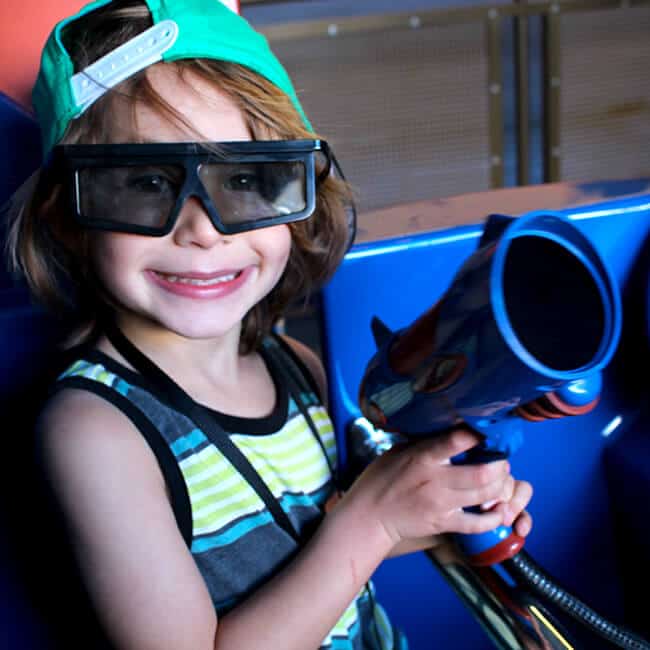 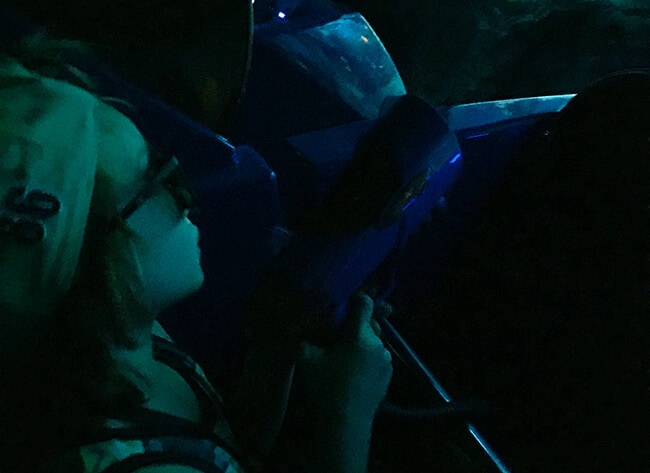 at the end of the ride, your score is digitally displayed in the undock area and players can see how they have faired against the villainous sea creatures compared to the other players in their party. we didn't get very high scores...YET, but when we do, it will be entered in the Iron Reef’s Hall of Fame. 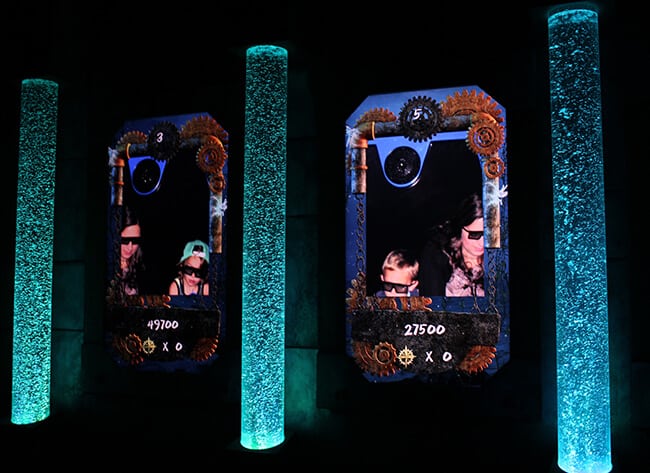 Voyage to the Iron Reef is fun for all ages. i would suggest 5 and up, unless your child get scared easily. the effects are loud and action packed, but not gory. here are the safety requirements in case you were wondering. 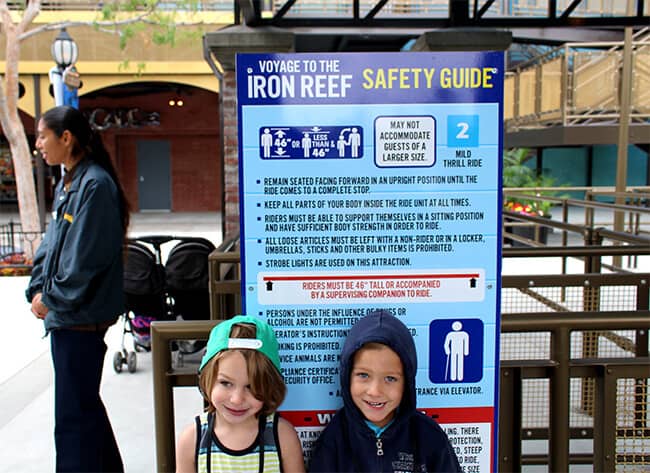 i hope that you get to experience Voyage to the Iron Reef very soon. we give it two thumbs up! 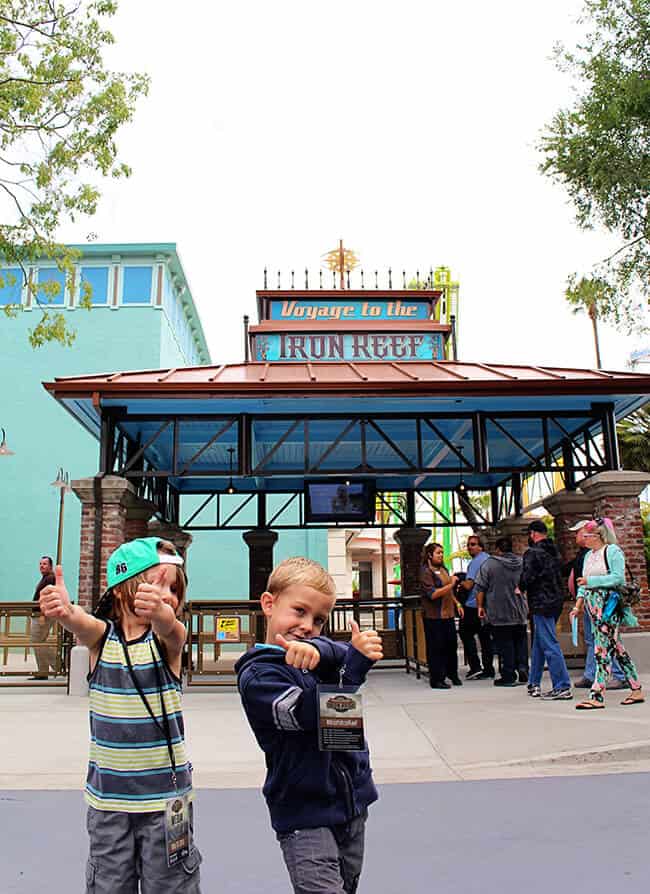