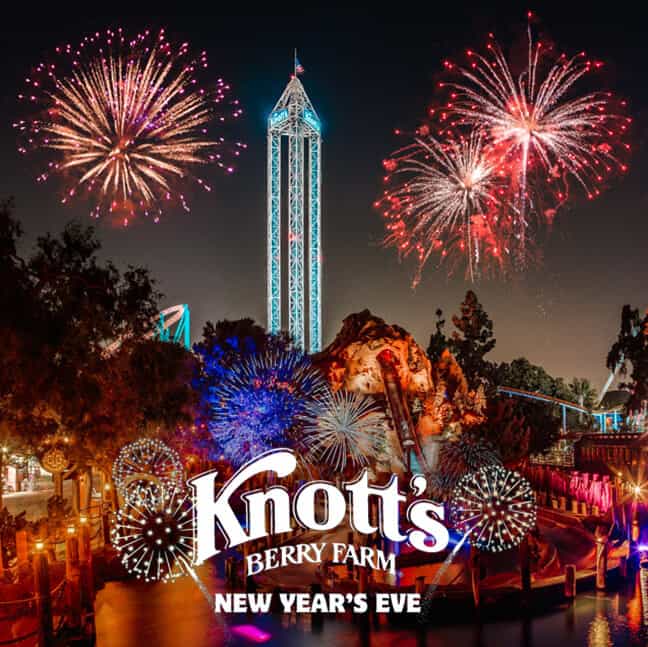 most of all, spending time at Knott's with the family makes memories that last forever! check out this fun little slide show i made of all the times we've spent at Knott's during the year. i tear up watching it because of all the sweet memories i have of my boys, hubby and friends playing at Knott's throughout the year. we've enjoyed every season at Knott's this year. Christmas time, Halloween time, Valentine's time, summer time and more!

you too can celebrate New Year's Eve at Knott's! count down the New Year with stilt walkers, music, party hats, and noisemakers for all. and new this year, the Knott's Sky Cabin will be adorned with special lighting effects. it will rise to the top of the "K" tower to count down the final moments of 2014 and will reach the top at the stroke of midnight with skies above ablazed with colorful fireworks!

The Clueless Remix - a non-stop live music adventure where old school R&B meets new school dance & hip hop in a seamless, continuous flow much like that of a DJ spinning turntables. before The Clueless Remix takes the stage, DJ Howly will spin popular high energy music in the Calico Square...i will be like a dance party.