baby and i went to Disneyland today....it was his first time! we had a blast. and what made it more fun was....Disneyland got dressed up for Halloween!

Main Street, U.S.A. in Disneyland has been transformed for the Pumpkin Festival. more than 300 pumpkins will be on display and none of them are the same! 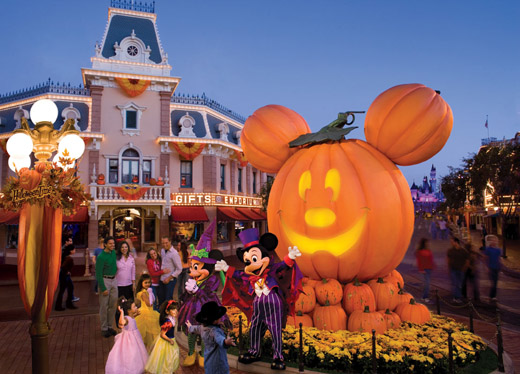 meeting Disney characters will be easier than ever as Disney villains gather to plot Halloween mischief at “it’s a small world” Mall in Disneyland, while other characters in spooky attire greet guests in Town Square, Main Street, U.S.A. 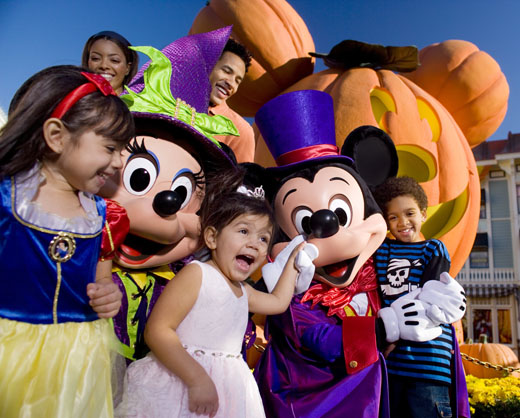 visitors to Frontierland, can go to Big Thunder Ranch and find ranch animals, pumpkin carvers, Halloween décor and activities for youngsters. and the Rancho del Zocalo will honor Dia de los Muertos/Day of the Dead with traditional skeleton figures on display. 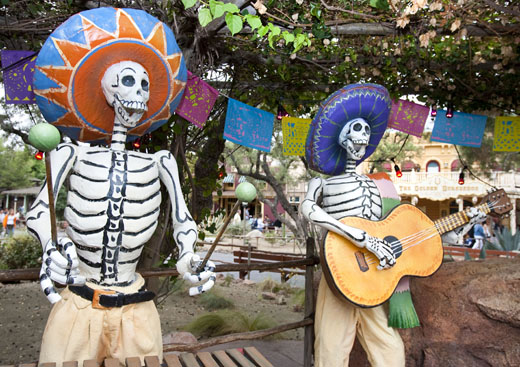 special Halloween treats will be available in Disneyland, including menu items such as Zero’s Ghostly Ghoulash, served in a dog dish in honor of Zero. 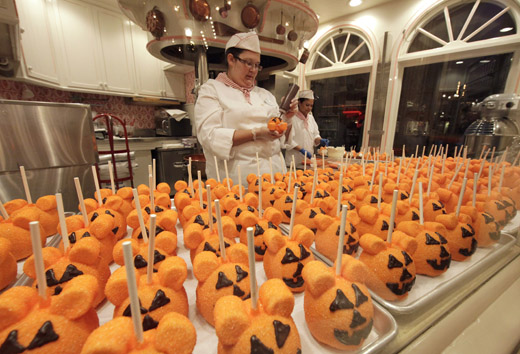 the after-hours Mickey’s Halloween Party, a separate-ticket event* which has become an annual highlight of Halloween Time for trick-or-treating families, will take place in Disneyland park on 10 special monday, tuesday and friday nights: Sept. 30 and Oct. 3,7,11,14,18,21, 25, 28 and 31. favorite Disney characters, including Mickey himself, will dress up in fun, fall costumes. it's the most magical way to celebrate the fall season where you can play interactive games, watch a spectacular Halloween Screams firework show, go trick or treating, listen to “spirited” music and watch a nightly character cavalcade. 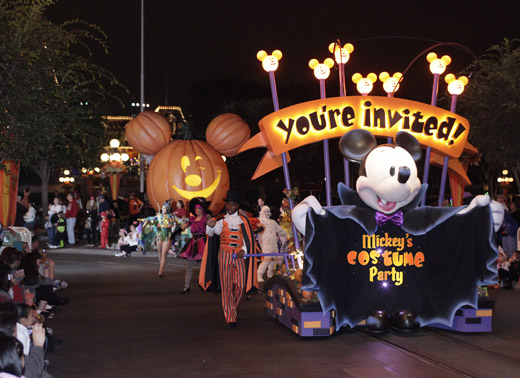 those Disney villians have even "boo"tified Space Mountain into Space Mountain Ghost Galaxy. the experience begins as a typical Space Mountain adventure, but suddenly launches voyagers into a haunted section of the universe. ghosts appear out of the starry darkness and swirling galaxies of Space Mountain, reaching out as if to grab guests as they speed through space. wow...not sure if this is too scary for me...hee hee! 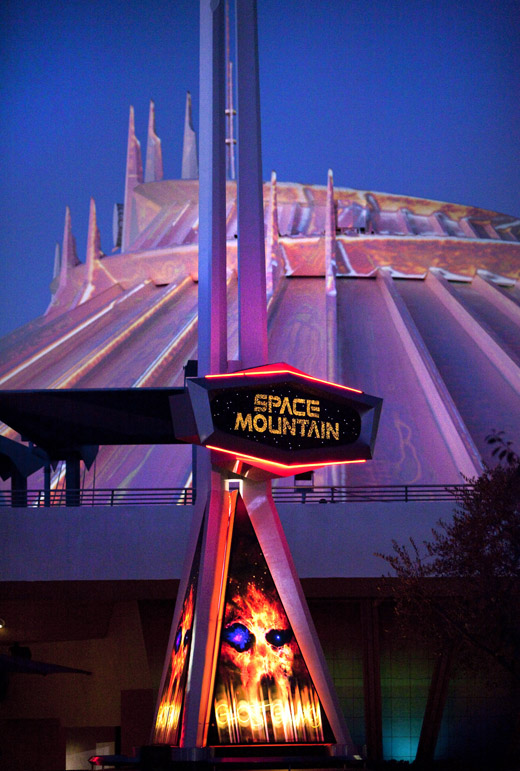 look! Jack Skellington has taken over the Haunted Mansion and has transformed it into a mix of Halloween spookiness and Christmas tradition, Haunted Mansion Holiday is inspired by the classic animated film “Tim Burton’s Nightmare Before Christmas.” Jack’s return to the Haunted Mansion includes the traditional Halloween/Christmas gingerbread house in the Mansion Ballroom, with some special spooky surprises in this year’s design. 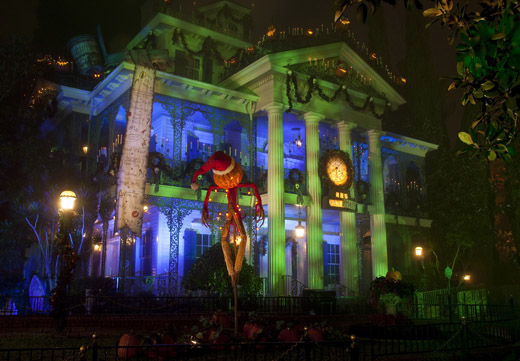 and if you are looking for some more spine-tingling fun, drop in at The Twilight Zone™ Tower of Terror at Disney California Adventure park, where a “supernatural” event happened on Halloween evening, 1939, forever haunting the building.

wow....it all sounds like so much fun. you won't want to miss it!