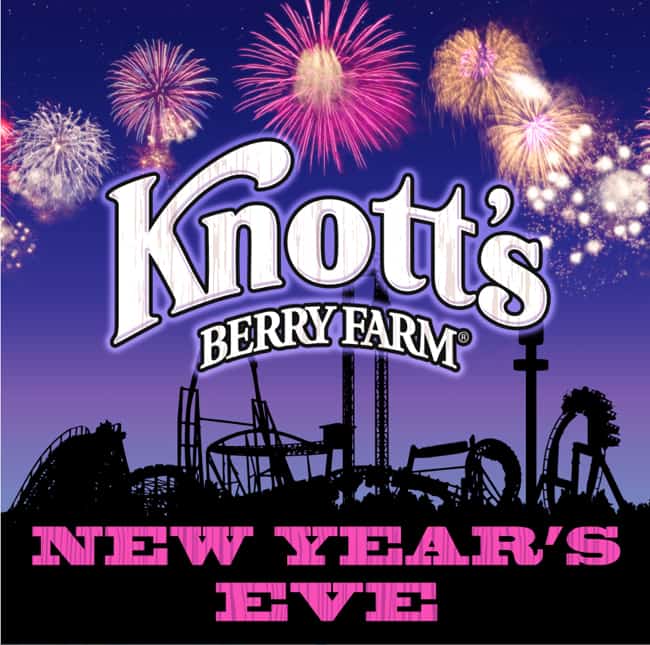 most of all, spending time at Knott's with the family makes memories that last forever! check out this fun little slide show i made of all the times we've spent at Knott's this year. it made me tear up watching it because of all the sweet memories i remembered of my time their with my boys, hubby and friends. we've enjoyed every season at Knott's this year. Christmas time, Halloween time, Valentine's time, summer time and more!

Midnight Party on the Midway  - count down the New Year with stilt walkers, music, party hats, and noisemakers for all. and new this year, the Knott's Sky Cabin will be adorned with special lighting effects. it will rise to the top of the "K" tower to count down the final moments of 2013 and will reach the top at the stroke of midnight with skies above ablazed with colorful fireworks!

DJ REESO & The Reflexx - this will be the happening party scene, spinning everyone's favorite hits.  at 10pm, the ultimate 80's party band headlines the Calico Square Stage with a blast to the past of radical music from Depeche Mode, Flock of Seagulls, A-Ha, plus much more.

Comedy Magic of Dana Daniels - The Boardwalk Ballroom will be filled with laughter as Dana Daniels combines clean comedy, magic, and a psychic parrot in his show.

Sharp Turn Ahead - 13 year-old twin brothers, Kyle and Benjamin Sharp, well known to the Orange County crowd, will jam to pop tunes from a variety of artists, they have a newly released a single titled, "Just For You." Get ready music fans...there's a Sharp Turn Ahead!