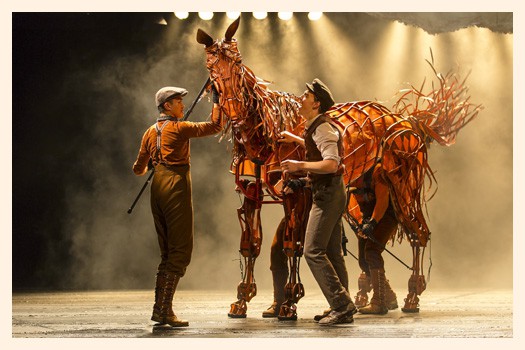 looking for an excuse to have a date night? well here's a show you won't want to miss. WAR HORSE at Segerstrom Center for the Arts is onstage from january 22 - february 3, 2013. this amazing play is brought to life with the art of puppetry which brings to life the amazing main character Joey the horse.

i had the opportunity of attending War Horse and was amazed at the emotion brought by the horse puppets. during the second act, the suspense was gut-wrenching. you feel immersed in the action of World War I, and get a feeling of what it must have been like during that time. i left the show with a feeling of awe and appreciation for the sacrifices of those who served our county. and the play received a standing ovation by all. 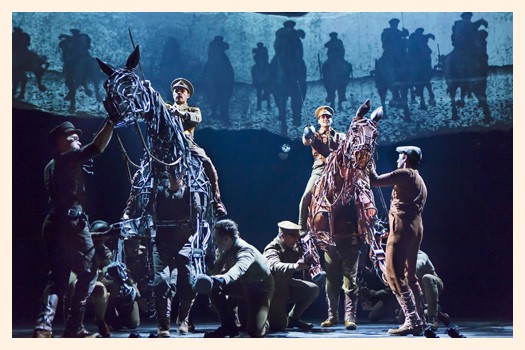 WAR HORSE is the winner of five 2011 Tony Awards including Best Play, and has been seen by more than two million people worldwide. it is currently playing at New York’s Lincoln Center Theater, in London’s West End, at Toronto’s Princess of Wales Theatre and on tour across North America. Future productions of WAR HORSE are planned for Australia, Berlin and South Africa, as well as a UK Tour. 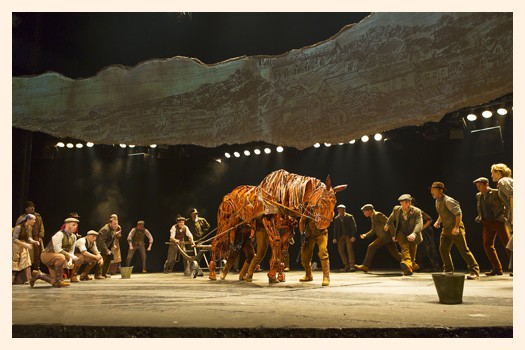 special offer for active military - active duty military personnel with current ID can purchase specially priced $20 tickets at the Center Box Office located at 600 Town Center Drive in Costa Mesa one hour prior to performances. limit two tickets per ID. tickets are available when rush is offered and subject to availability. to find out if rush tickets will be available, please call the Center Box Office on performance day at (714) 556-2787.